Ideas of combination for cheeses, wine, and bread

First of all, farmhouse bread, it is simple, it goes with any cheese! Practical and copious with its thick solid slices, it is ideal to make bruschettas and croque-monsieurs.

For soft rind-washed cheeses, such as Camembert, Brie, or Chaource, a French baguette is the best. It provides a tasty contrast of creamy cheese and crispy baguette.

Bleu du Vercors, Fourme d’Ambert, and other blue cheeses go well with rye bread. Note that it keeps better than white bread: up to two or three days if it is wrapped in a clean cloth.

Want some originality and imagination? Consider the sweetness of a fig bread or raisin bread to sublimate the strong flavour of blue cheese. And for the holidays, be bold and serve gingerbread... a true delight!

For strong cheeses, such as Epoisses, Morbier, and Reblochon, choose bread with dried fruit (apricots, figs). The sweetness of the bread contrasts with the strong flavour of the cheese and tempers it to create a divine balance in the mouth.

For Beaufort, Comté, and other hard pressed cheeses, we recommend walnut, hazelnut, or almond bread to bring out the nutty flavours in these cheeses. But for everyday eating, a French baguette will go well too as the light texture of it sets off the density of these cheeses.

That leaves goat cheese. They go divinely well with the regional speciality fougasse or olive bread to finish off your meal in on a gourmet note.

Hard pressed cheeses, such as Comté, Emmental, Gruyère, and Beaufort should be eaten with mature white wines, such as a Meursault.

Uncooked pressed cheeses, such as Cantal, Salers, Morbier, Saint-Nectaire, will delight your palate with fleshy spicy wines (Côtes-du-Rhône villages, Gaillac) or white wines from the Jura and Savoie.

For Camembert, Brie, Coulommiers, and soft non-washed rind cheeses,  choose a light, supple, and fruity red wine, such as a Beaujolais, Touraine, or Côtes-du-Rhône... or why not Champagne for the holidays?

Gewürztraminer, which is a strong, aromatic, and crisp wine, will be especially popular with soft rind-washed cheese, such as Epoisses, Reblochon, Maroilles, or Munster. But if you can prefer to drink a mature Champagne with them which will perfectly pair with the strong taste of these cheeses.

Roquefort blue cheese and other blue cheeses generally pair with soft, natural red wines, such as Banyuls, Rivesaltes, Maury, or sweet white wines, such as Cérons or Sauternes. This promises a beautiful association of aromatic strength and the creaminess of the cheese.

And what about goat cheese? Chabichou, Crottin de Chavignol, and Saint-Félicien cheeses all have their favourite wines! They generally go well with white, fresh, crisp, and fruity wines, such as a Sauvignon (Sancerre or Pouilly-Fumé). If the goat cheese is dry, go for a more rustic wine with a strong character.

For cream cheese and soft white cheese served with sugar or honey (Fontainebleau, Petit-suisse), you can serve something sweet and aromatic such as Gewurztraminer, Pinot gris, or Jurançon. If they are served savoury, serve an aromatic dry white wine (Condrieu, Pinot gris d'Alsace) to bring out the creaminess of the cheese.

More generally, it is important to try to marry terroir and regions of origin when pairing wine and cheese.  For example, eat a Tomme de Savoie with a wine from Savoie, a Munster with a Gewurztraminer, or a Saint-Nectaire with a red Côte d'Auvergne.

And for those who do not like wine, don't panic! Cider, beer, or spirits go well with some cheeses. More reasonably, fine sparkling water, or low sugar grape or apple juice will also bring out all of the flavours of your cheese at the end of the meal. 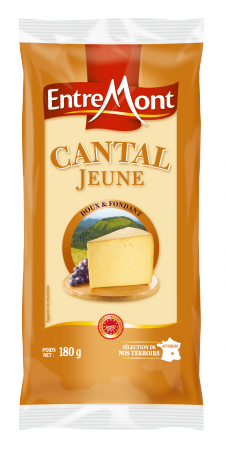